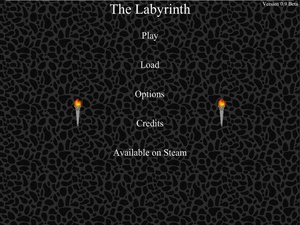 2.80 (votes: 799)
Log in with facebook
--- (your vote) Publisher: Released: 01.01.1900 Adventure To favorites To favorites In favorites In favorites
Log in with facebook
Report broken game
Report broken game
About
Description
Note: The game runs at 1024x768, if you have a display window smaller than these dimensions the game will cut off. If your display window is exactly 1024x768 you'll have to play in fullscreen mode to see the entire game

The Labyrinth is a text-based dungeon crawler with a heavy emphasis on combat and looting. You take control of a party of four adventurers as they attempt to go into a cursed dungeon that has endlessly sent hoards of monsters to terrorize the surface world.

With 16 playable classes and 25+ enemy classes, each with their own 9 unique spells and countless combinations of items, every run is sure to bring something different than the last. The game also has a seeded randomness feature, so you can play the same run multiple times or play with friends using the same seed.

Controls
The mouse can control every aspect of the game.

When in combat the keyboard can be used to issue commands:

- When preparing an attack/spell, numbers 1-8 selects the corresponding target (up-down, left-right in that order) and "C" cancels.