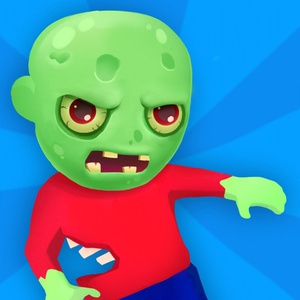 About
Get ready for the most exciting survival game ever!

Get ready for the greatest survival horror game of all time - Zombiner! The world after the zombie apocalypse became a grim place. It all began in a small office where the first infected appeared. First, he turned everyone in the office into zombies. Now, the crowds of zombies are marching through the city and invading every floor, house, street, block, and city.

In this game, you will play for a zombie team, not as a human, as usual. Your goal is to catch as many humans as possible and turn them into zombies. You will be gradually advancing through each floor. Your ultimate goal is to turn everyone into zombies wherever you go!

Put your stamina to the test in the SURVIVAL MODE: your task will be to play for a human and try to survive for a period of time.

- PLAY as a zombie
- CATCH all humans in the location
- GET a zombie crowd
- COLLECT keys
- TAKE OVER all houses, streets, and cities

Become a zombie, gather a crowd, catch other players!